Founded by foreign trained local architect, Hun Chansan, re : edge's work reinvents and recreates lines, edges, spaces, and materials; and in doing so redefines urban spaces, architecture and the interior spaces of each project.

“Architecture is the act of simplifying a complex equation of humanity, and through it, create a multi-sensory experience of a person’s journey through the spaces it has created. We see problems as opportunities, this allows us to tackle certain issues, be innovative, and to shine light on things that matter the most, spaces and buildings for people to live and love in.”

Since launching in 2011, we have tackled projects ranging from mixed-use developments, commercial retails, luxury hotels, residential high-rise and private homes with equal aplomb.

Many of our ideas have been shaped around architecture as a built environment and its relationship to its adjacency: the outdoor and indoor environments. Throughout our work, we have blurred this boundary and developed architecture and interior spaces with a deep respect to the natural environments.

“Throughout the years, we have established our design principle of being fluid. Our works are guided by time, light and space. The approach that puts people at the center of everything we do.”

Our human centric approach is fueled by continuous learning, and motivation for building a better tomorrow. We value the sense of community; and ensuring that nature and urban landscapes can co-exist. A project is more than just a building, it’s culturally sensitive, detail-oriented, future-proofed, and geared towards the betterment of society.

“We always link the indoor living environment to the outdoors by bringing nature in wherever possible and creating comfortable living spaces outside. This idea is actually very simple, since Cambodians have a long tradition of gathering outdoors” 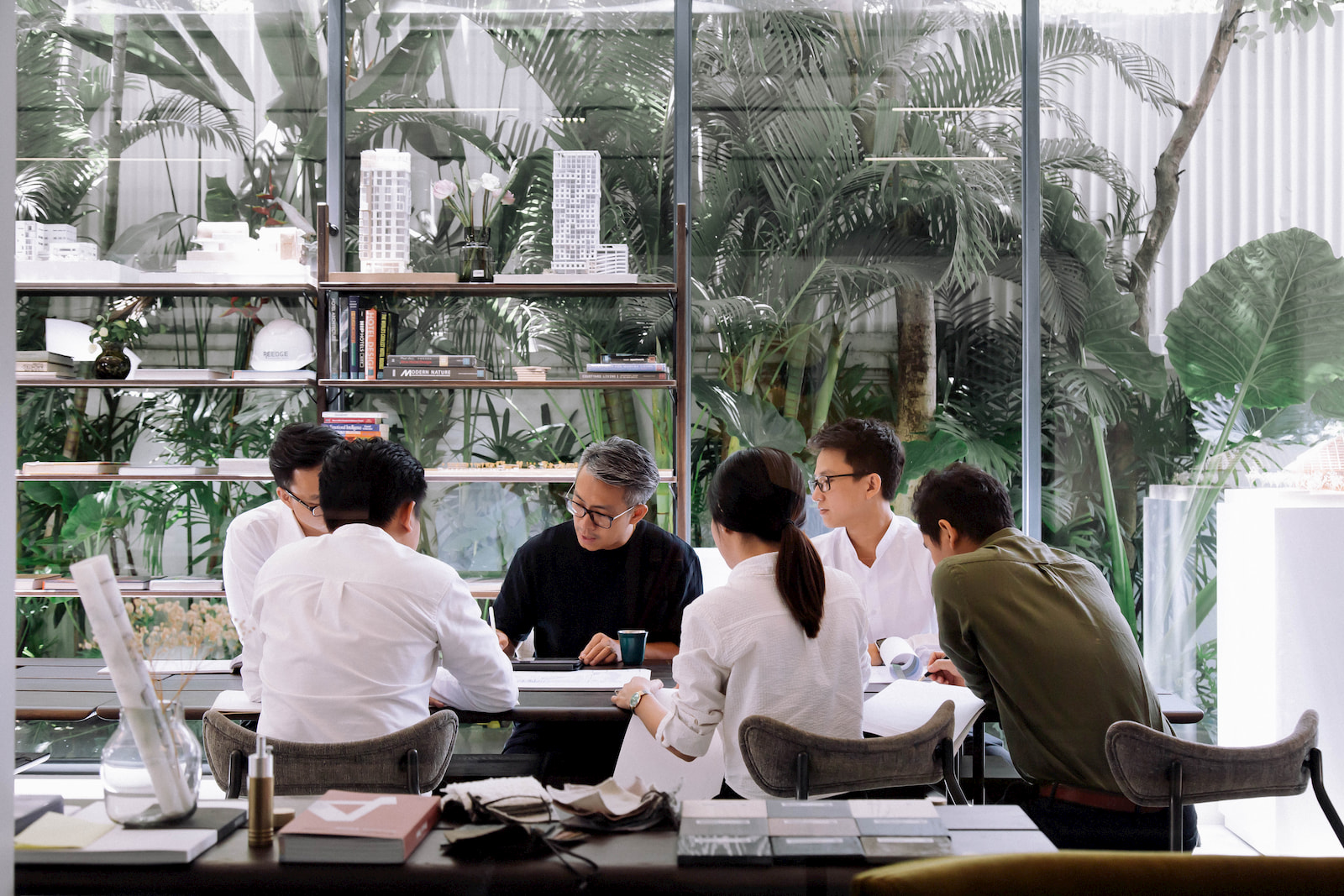 Hun Chansan is a registered architect at the Board of Architects Cambodia, and is actively involved with the Cambodian Society of Architects. Chansan has been named within the top ten Cambodian Young Entrepreneurs for 2017, and in 2018, he won the “Personality of the Year Award’ from the Property Guru Cambodia Property Awards.

Chansan has been enlisted as the Singapore Straits Time’s 50 Asians to Watch as well as being certified as ASEAN architect representing Cambodia among other outstanding individuals each representing their respective countries.

“I have always been passionate about architecture, and how it can improve society as a whole. I think this stemmed from being moved around a lot at an early age. I gained a sense of independence that allowed me to see things from my own perspectives. Having those moments of self-learning away from my home country shaped my ability to express myself through architecture and design.”

In his youth, Chansan recalled gazing with admiration at the Phnom Penh National Olympic Stadium. His innate appreciation for its architectural beauty was one of many cogs that fell into place on his journey into the industry. After graduating from the Massachusetts College of Arts and Design in Boston, Chansan spent several years in the United States working as a private contractor in his professor’s architecture firm. Whilst guest lecturing at multiple architectural schools, he developed 3D visual renderings and models that shaped his visions for actualizing projects.

“My master’s thesis was ‘Re-Edging Retails’, and I focused on a bleak urban block in Boston, ‘re-edging’ it and turning it in a different direction, carving out the block to make space and circulation to create a feeling of community called live. work. play. Then it was theory—now I’m doing it in practice.” Time, Space and Light are our principles that shape how we approach, solve, and transform our creations through professionalism, in-depth understanding, self-discovery and by venturing into the unventured.

And if Time, Space and Light are the definitive factors for our work, we also think that our work will continue to challenge the norm into its rightful space whereby architecture and design will reflect both the social and economic advancement in Cambodia.

“At the heart of re : edge, there are these ideas of nurturing and sharing to the whole architecture industry and development of the society at large. We continue to pave the way to young architects and designers through mentoring, guiding, and teaching.”

“Contemporary Khmer Architecture is achieved when core principles are followed to guide better design, for a better tomorrow and better Cambodia.”

Apply your skills towards the seamless integration of architecture, interior design and landscape design, to holistic human experiences.

For passionate and committed individuals that are wanting to begin his or her career in architecture.

We strive to design timeless and iconic spaces that people live and love in; spaces that will represent our culture and values to the future.